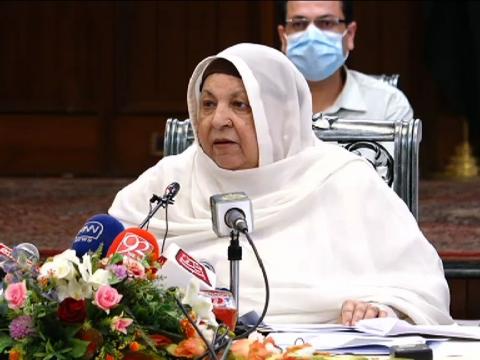 LAHORE: Punjab Health Minister Dr Yasmin Rashid met a delegation of the United Nations Development Programme to discuss the way forward for control of HIV/AIDS in Punjab. The delegation comprised of resident representative UNDP Aliona Nikolita and Assistant Resident representative Amir Khan Goraya. Additional Secretary Specialised Healthcare and Medical Education Department Dr Salman Shahid was also present on the occasion. The resident representative appreciated the measures taken by the Punjab government to control the corona pandemic and control HIV/AIDS. The health minister said free treatment and diagnosis services were being provided to people in Punjab and added screening of HIV/AIDS, Hepatitis and TB was being gradually scaled up in the province. She further said awareness about HIV/AIDS was extremely important.

Dr Yasmin Rashid said that an FM Radio was being launched in Punjab to generate awareness about the diseases. The progress of all vertical programmes was being monitored regularly, she said and added Punjab was making the all-out effort to battle coronavirus and vaccination had been gradually increased.